People who live abroad love Bollywood music so much that they are often seen dancing to desi music.

After a video of Indian women dancing on Barso Re Megha in Times Square went viral, similar videos of netizens in other foreign cities started popping up on social media. Bollywood’s hottest dance song ‘Chikni Chameli’ is making waves on Instagram right now.

Everyone is making videos about the popular Chikni Chameli, from celebrities to influencers, and now an Indian woman and her Irish friend have won the challenge.

The Indian woman who lives in Belgium has sent her Irish friend a video of herself dancing to the popular song ‘Chikni Chameli’.

In the video, you can see Sahira Taneja Dockx dancing through the streets of Belgium to Katrina Kaif’s catchy song. Her Irish friend initially seems a little clumsy, but soon her steps match Sahira’s. She posted the video and wrote, “We failed but had so much fun.”

Watch the video below:

Netizens are praising Indian women after seeing the video, which went viral and left them in awe.

As one user commented, “You are all so brave. I’d be too embarrassed to try this in public in BELGIUM lol. But I love how you live your life in color and don’t care about opinion others. I want to become like you.

While the other user wrote, “It’s cute how well you both got the paua.. The cutest.” A third user commented, “She is so cute, oh my god I live for the awkwardness in her movements.” 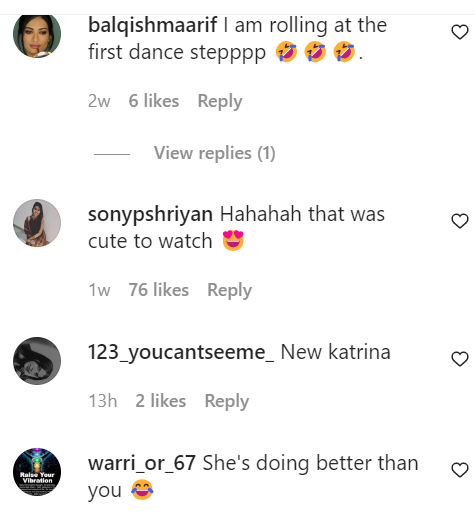