Chicago – Get out your tap shoes, your prom outfit and your smoke machines: “So You Think You Can Dance” finally returns.

FOX has announced that the Emmy-winning reality competition series, which hasn’t aired since fall 2019, will return to screens on Wednesday, May 18 at 9 p.m. ET, following the season finale of its fellow reality juggernaut “The Masked Singer.”

Of the returning series, FOX Entertainment said in a statement, “The all-new version will feature highly skilled dancers between the ages of 18 and 30, showcasing their talents in a variety of dance styles including contemporary, tap, hip-hop, ballroom, animation, breaking and more. Those selected to move into the SYTYCD studio will work with world-renowned choreographers and compete weekly in a variety of styles, with new twists. entered into the competition.

After the show airs on FOX in its Wednesday time slot, episodes will be available for viewing on Tubi, FOX’s free streaming platform. Audiences can also find it on Hulu, FOX Now, and On Demand.

More on the return of this reality powerhouse in FOX’s press release:

Over its 16 seasons, “So You Think You Can Dance” received 71 Emmy Award nominations and won 17 Emmy Awards, including Outstanding Choreography, Outstanding Costume Design, as well as Outstanding Lighting Design awards. 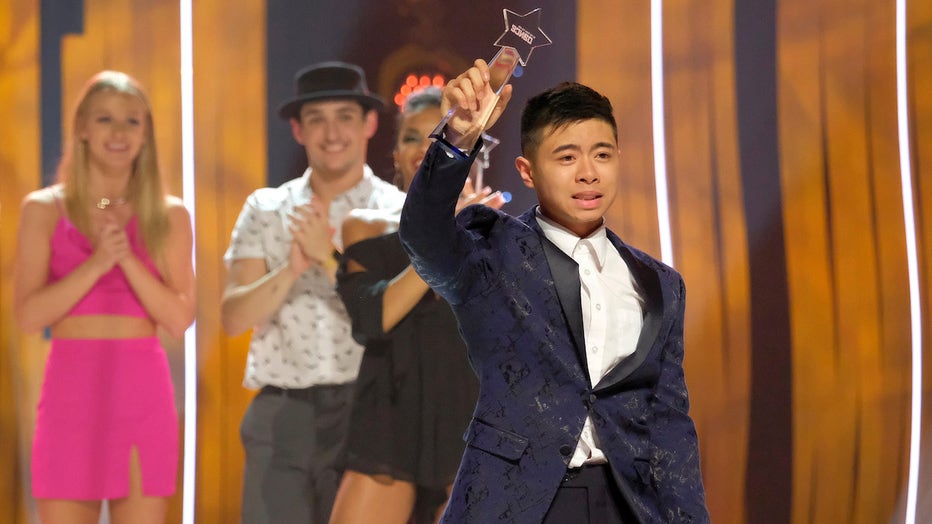 ABOUT CAT DEELEY: Cat Deeley is an author and one of the leading TV presenters in both the US and UK. Deeley received five Emmy Award nominations for Outstanding Host of a Reality or Reality Competition Program for her role as host on SO YOU THINK YOU CAN DANCE. . Additionally, Deeley won the 2015 and 2012 Critics Choice Award for Best Reality Host for his role in the series. She is a two-time BAFTA award winner and published her first book, “The Joy in You”, in 2020.

ABOUT STEPHEN “TWITCH” BOSS: Stephen “tWitch” Boss continues to make a splash in the entertainment world with his multitude of talents. The memorable contestant, All-Star and SO YOU THINK YOU CAN DANCE judge is a staple on “The Ellen DeGeneres Show” as resident dancer, DJ and co-executive producer. He was recently seen as the host of the TV series ‘The Real Dirty Dancing’ and ‘Clash of the Cover Bands’. Boss resides in Los Angeles, with his wife, fellow dance artist and entertainer, Allison, and their three children – Weslie, Maddox and Zaia.

ABOUT MATTHEW MORRISON: Matthew Morrison is a multi-hyphen recognized for his work on stage and screen, and has been nominated for a Tony, an Emmy and two Golden Globe Awards. Morrison became a real household name when he was cast as a series regular on “Glee,” with the role of “Mr. Schuester,” the manager of the Glee Club. He recently starred in “American Horror Story”. He also performed on Broadway in the hits “Hairspray”, “The Light In The Piazza”, “South Pacific” and “Finding Neverland”. Morrison has toured the world with her vast repertoire of music which encompasses her well-established career on television, on stage and on recordings.

ABOUT JOJO SIWA: JoJo Siwa is a global superstar, singer, TV and film star, best-selling author, and social media sensation. Siwa has over 66 million social media followers and over 3.7 billion views on YouTube. She was named one of Time magazine’s 100 Most Influential People of 2020. She recently completed her first-ever concert tour with over 130 shows, selling out arenas and becoming the youngest artist to headline and sell the O2 Arena. Siwa also served as the creative director and executive producer of the reality competition series “Siwa’s Dance Pop Revolution”, on which she discovered new pop group XOMG Pop! She was recently featured in “Dancing with the Stars,” during which she made history as the first contestant to dance with a same-sex partner and won a People’s Choice Award for contestant. 2021.

Interview with the cast of ‘Howard High’ on Tubi

“Howard High” follows a high school musical group who must compete with a rival school in order to save their arts program.

Howard High (2022): A modern-day “Bring It On,” “Howard High” is an energetic teen musical that follows a high school performance band that must compete with a rival school in order to save its arts program. The audience-pleasing film from “You Got Served” director Chris Stokes is inspired by his 2020 TV miniseries of the same name, which is also streaming on Tubi. With its talented cast of up-and-coming actors, “Howard High” shines a light on the challenges facing school arts programs in underfunded neighborhoods, all through the power of song and dance. “Howard High” is a Tubi-Original. Rated TV-14. 102 minutes. Real: Chris Stokes. With: Chrissy Stokes, Veronika Bozeman, Lindsay Diann, Jarell Houston, Dylan Mooney.

The Real Dirty Dancing (2022): Stephen “tWitch” Boss’ favorite “So You Think You Can Dance” hosts this unique reality dance competition, in which famous people master (or attempt to master) legendary dances from the beloved film. Will they have the time of their life? You’ll have to get out of this corner and watch to find out. Reality competition series. Rated TV-14. One season streaming on Tubi.

guys and dolls (1955): There are plenty of reasons to watch this classic musical, from the iconic costumes to the fabulous dance numbers, but two stand out above the rest. First: It’s an opportunity to see Vivian Blaine sniff through comedic masterpiece ‘Adelaide’s Lament,’ a performance that knocked the house down multiple times when she originated the role on Broadway. Second, and more importantly: maybe you, dear reader, will be the one to solve the mystery of why the folks at MGM decided to cast Marlon Brando as lead singer and Frank Sinatra as lead singer. ‘actor. TV-PG. 159 minutes. Real: Joseph L. Mankiewicz. Also presenting John Simmons and stocky kaye.

About Tubi: Tubi offers over 35,000 movies and TV series from over 250 content partners, including all major studios, in addition to the largest offering of free live local and national news channels to stream. The platform offers fans of entertainment, news and sports an easy way to discover new content available completely free of charge.

Both Tubi and this TV station are owned by the FOX Corporation.