New dance festival to showcase the charm of contemporary styles

The inaugural Dance Out of the Box festival is set to become a coveted stage for artists of new crossover contemporary dance works. It will also include workshops and screenings of international dance productions.

The event will take place at the Shanghai International Dance Center from September 2 to October 2.

With a name inspired by the phrase “thinking outside the box”, the month-long festival aims to encourage innovation and integration in contemporary dance creation and help stage exploratory works.

A performance of the contemporary dance production titled 25㎡ Rhapsody.

“The Dream of My Achievement” centers on a dream-seeking dancer who is also a choreographer, actor, and internet celebrity.

In “25㎡ Rhapsody,” dancer and choreographer Zhu Fengwei was inspired by the 25㎡ hotel rooms he usually stays in when touring shows. A small room does not limit his imagination, as Zhu tries to create connections between reality, fantasy and memory with his body and stage lighting effects.

“Upside Down” combines contemporary dance with avant-garde theatre, traditional opera and poetry in dealing with identity, love and existence.

The dance production Upside Down deals with identity, love and existence.

The festival offers an immersive dance creation camp called “25 Feet” which will be presented jointly by Chinese and Dutch artists from September 28 to October 2.

The Dutch contemporary dance works “Freedom”, “Between Us” and “Memory Loss Inside” will be screened in the theatre.

The festival is supported by the Shanghai International Dance Center Development Foundation.

“We want to break down people’s stereotypical impressions of dance. The spirit of contemporary dance is to integrate with other art forms and create connections with everyday life.” 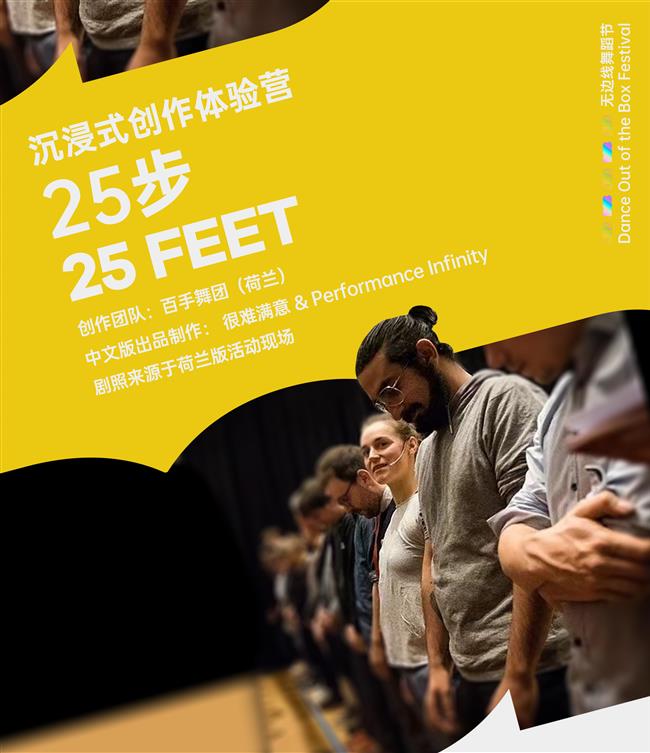 The “25 Feet” camp will be presented jointly by Chinese and Dutch artists.